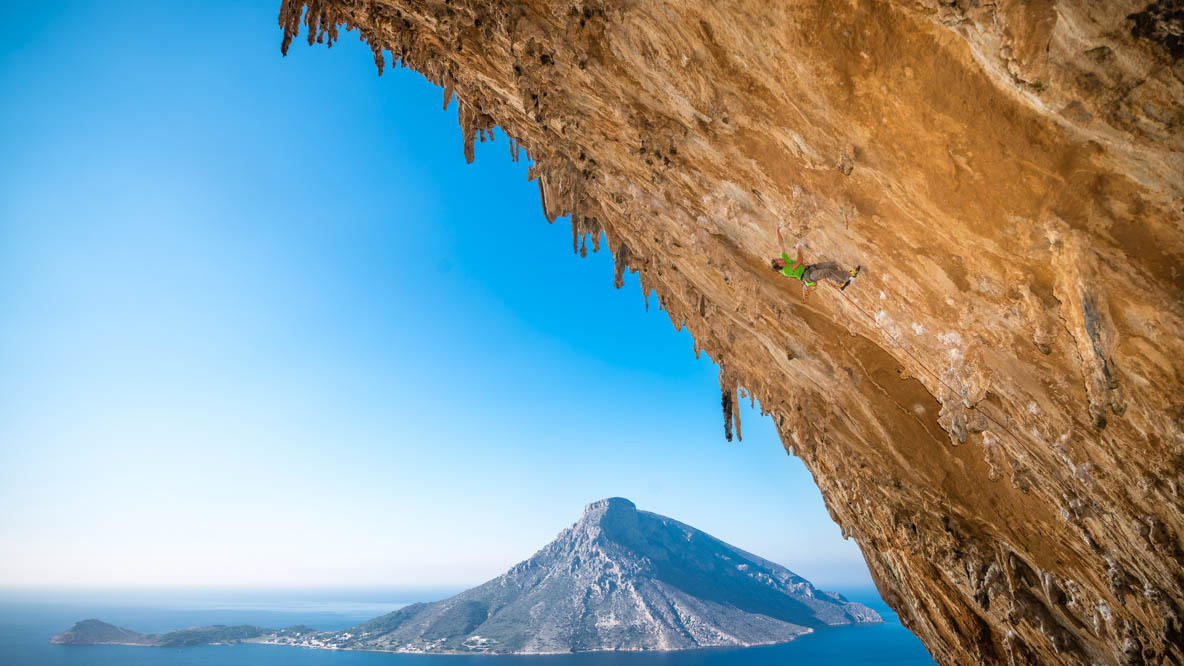 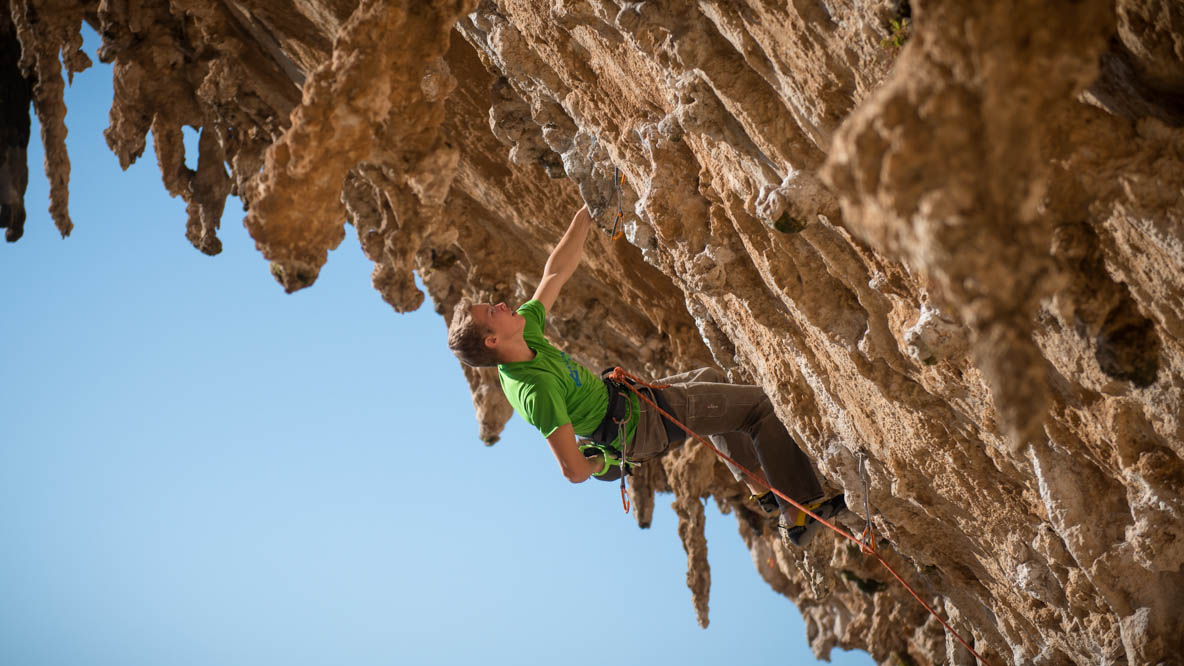 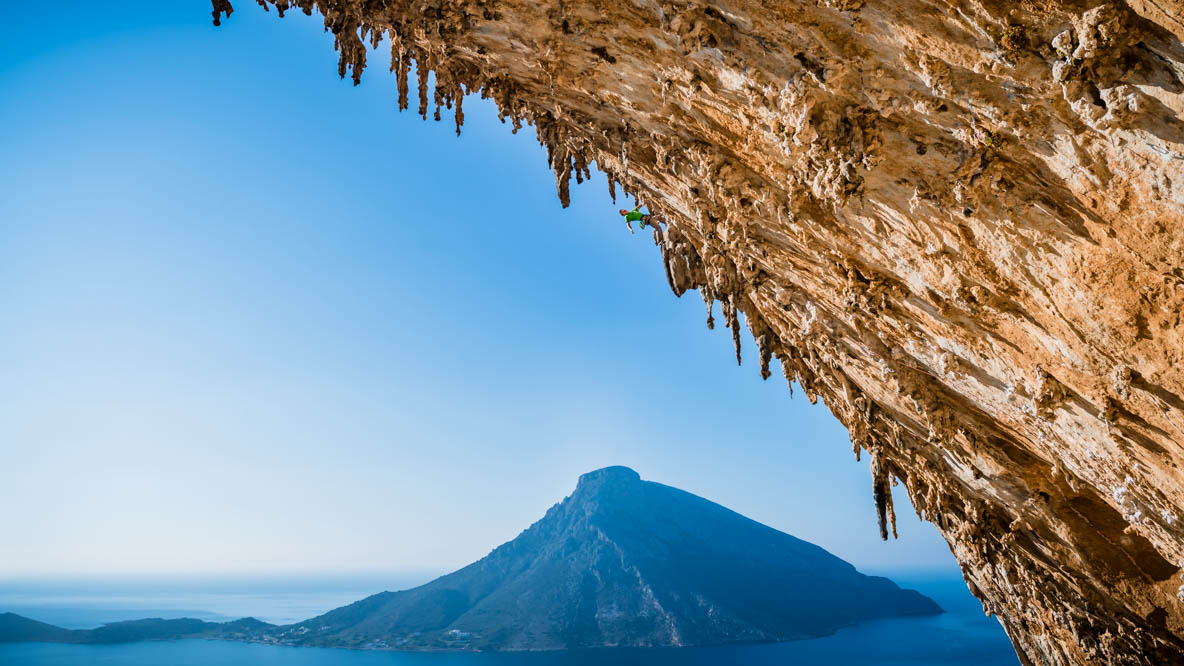 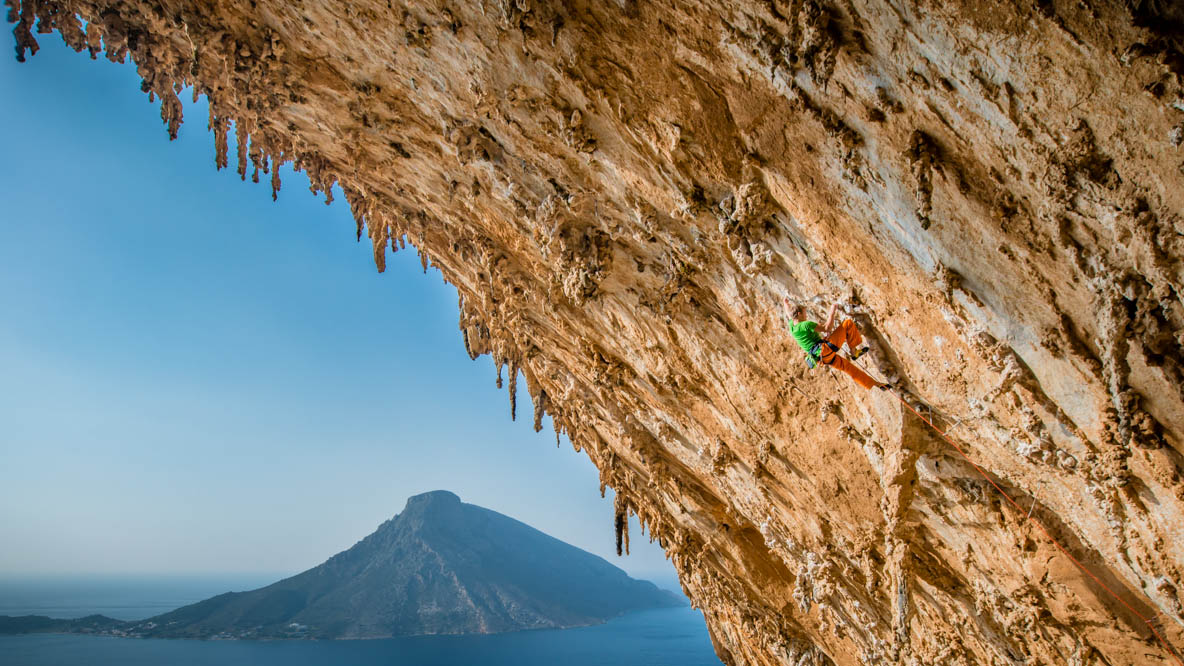 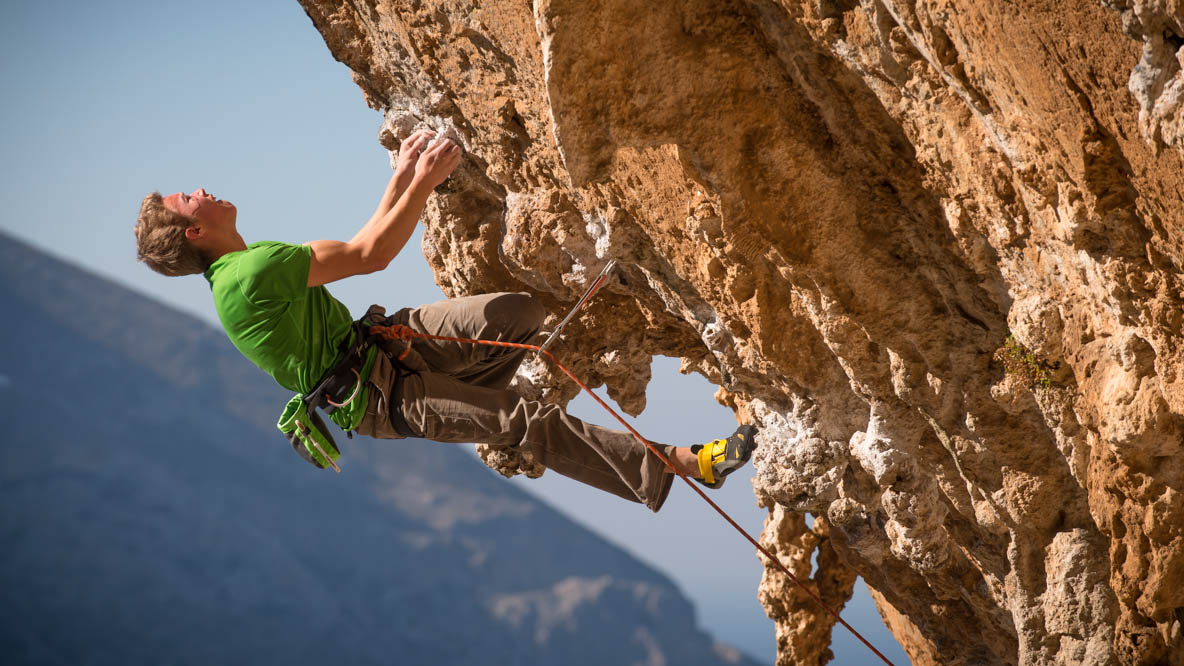 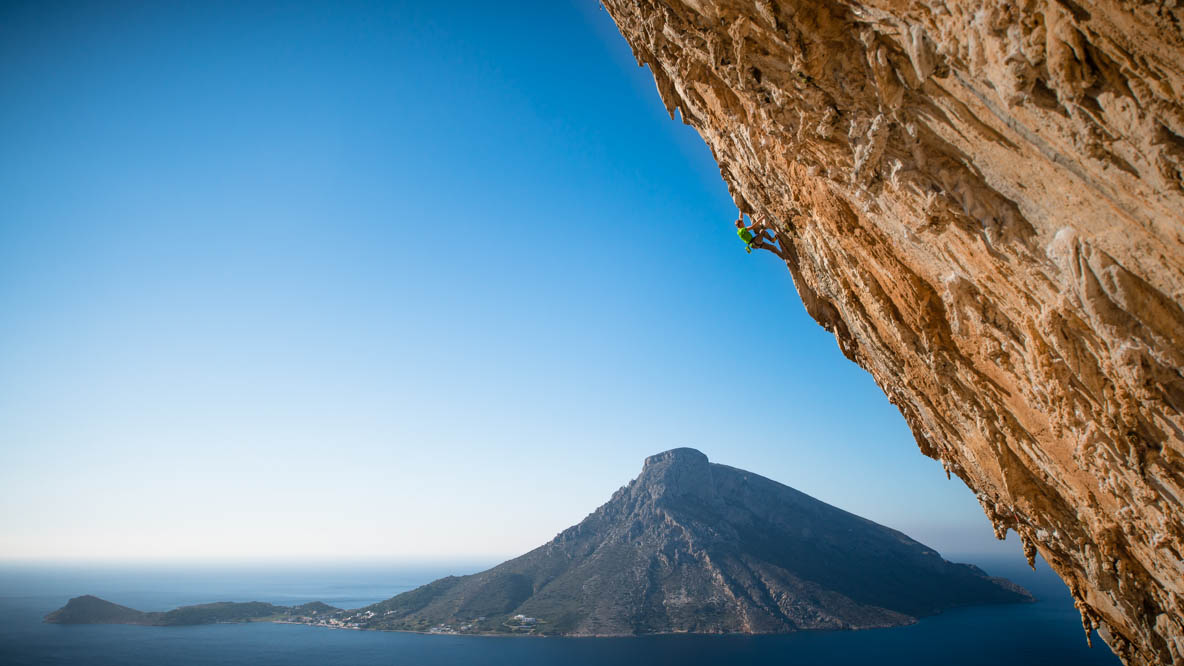 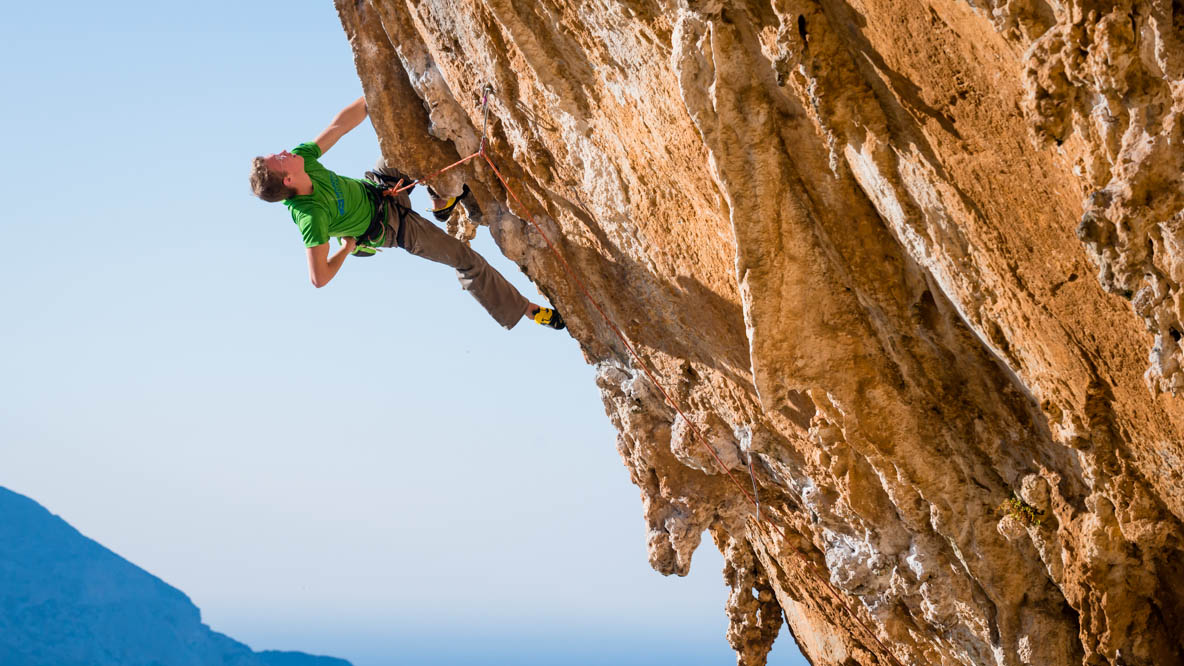 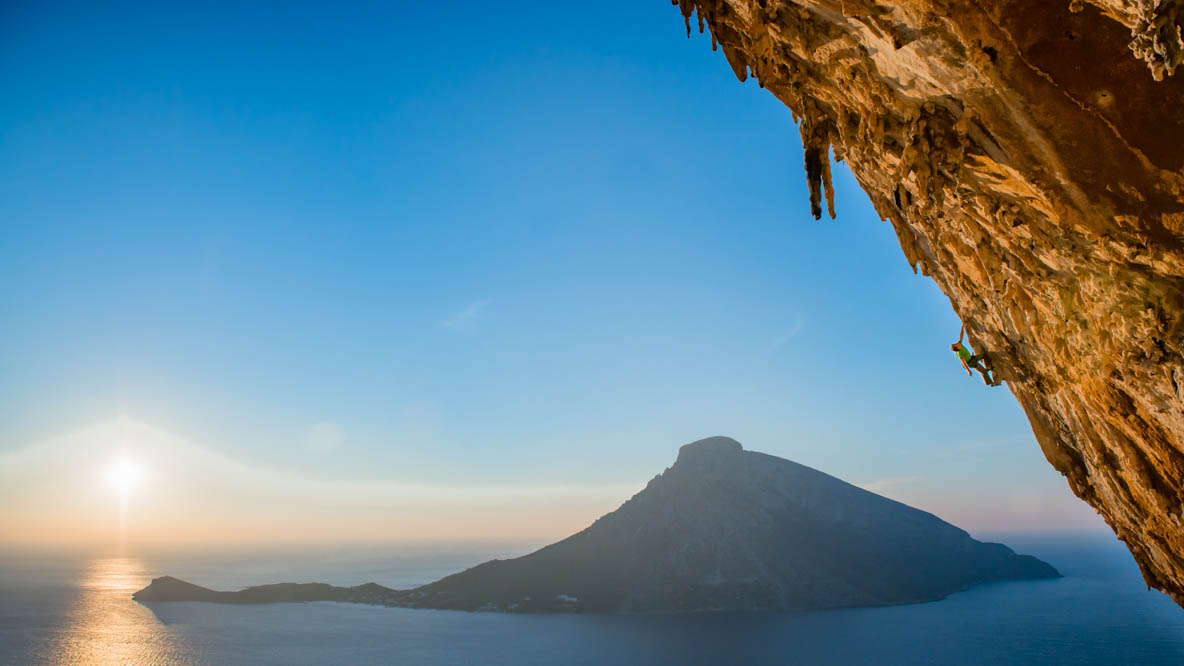 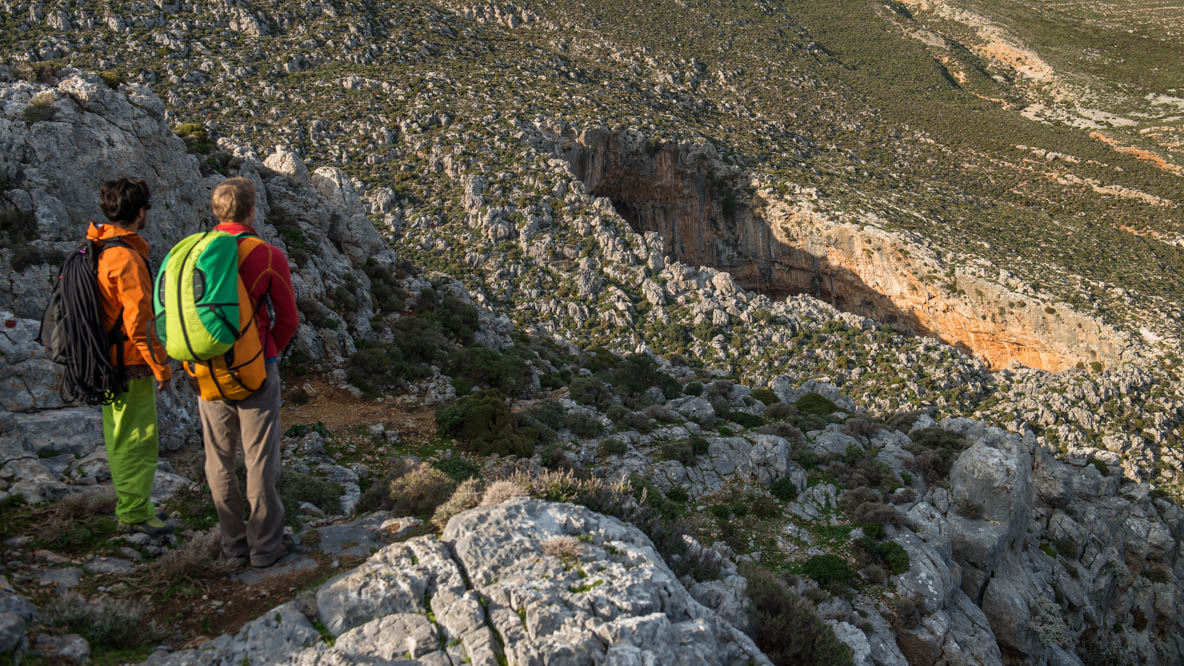 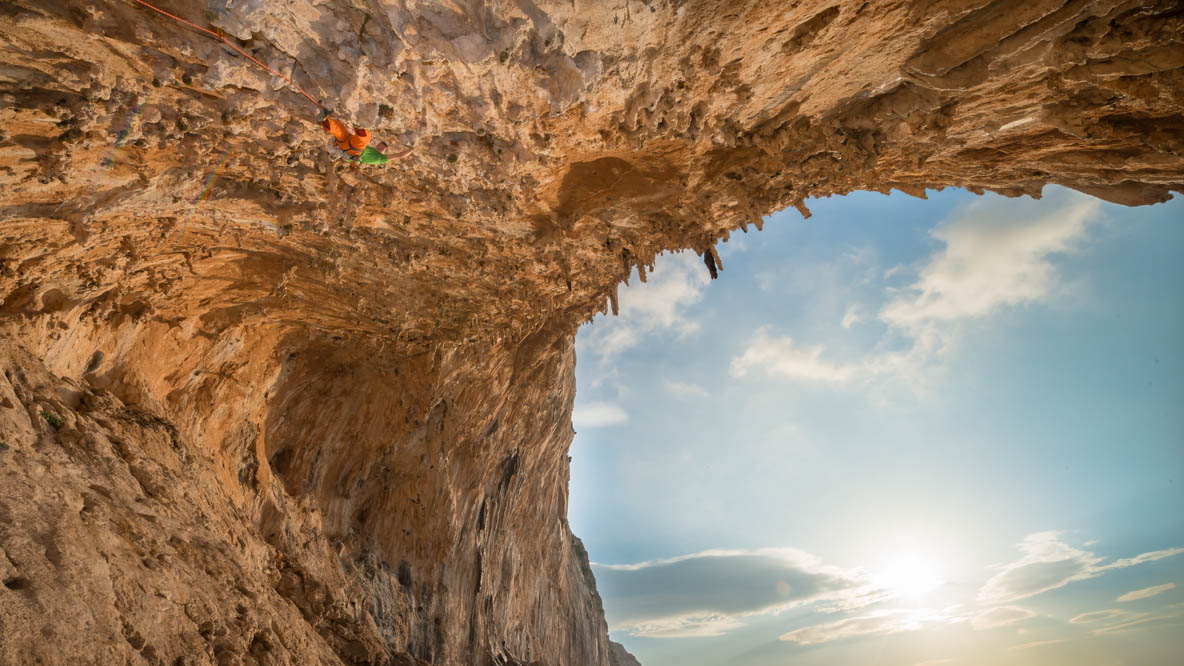 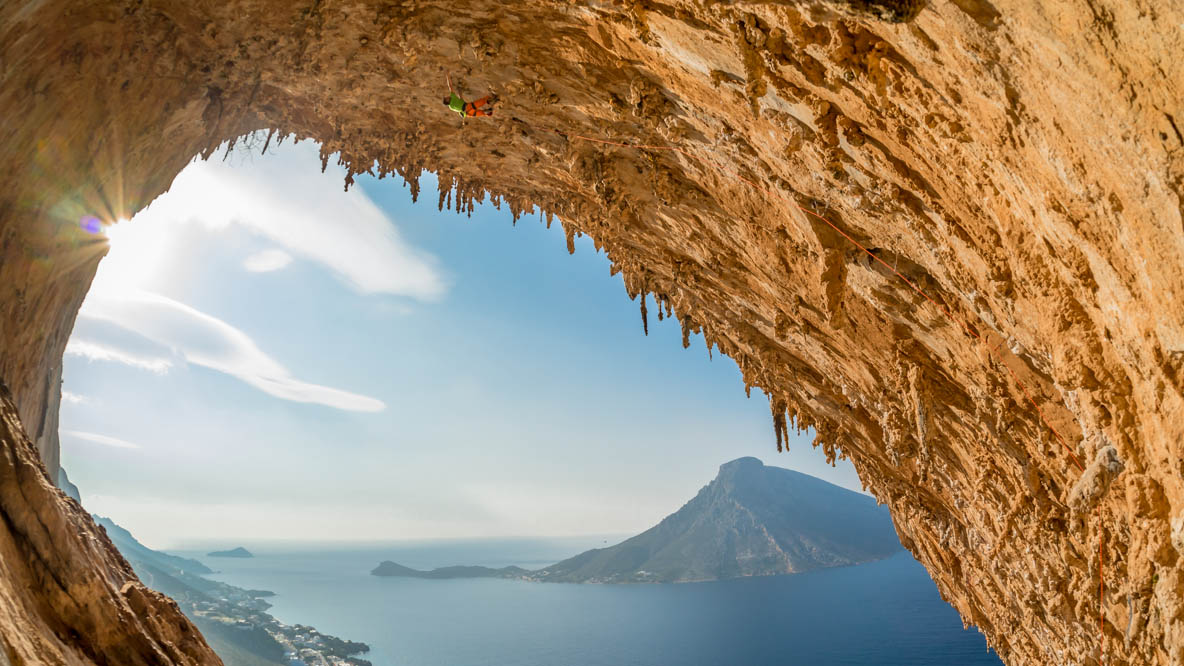 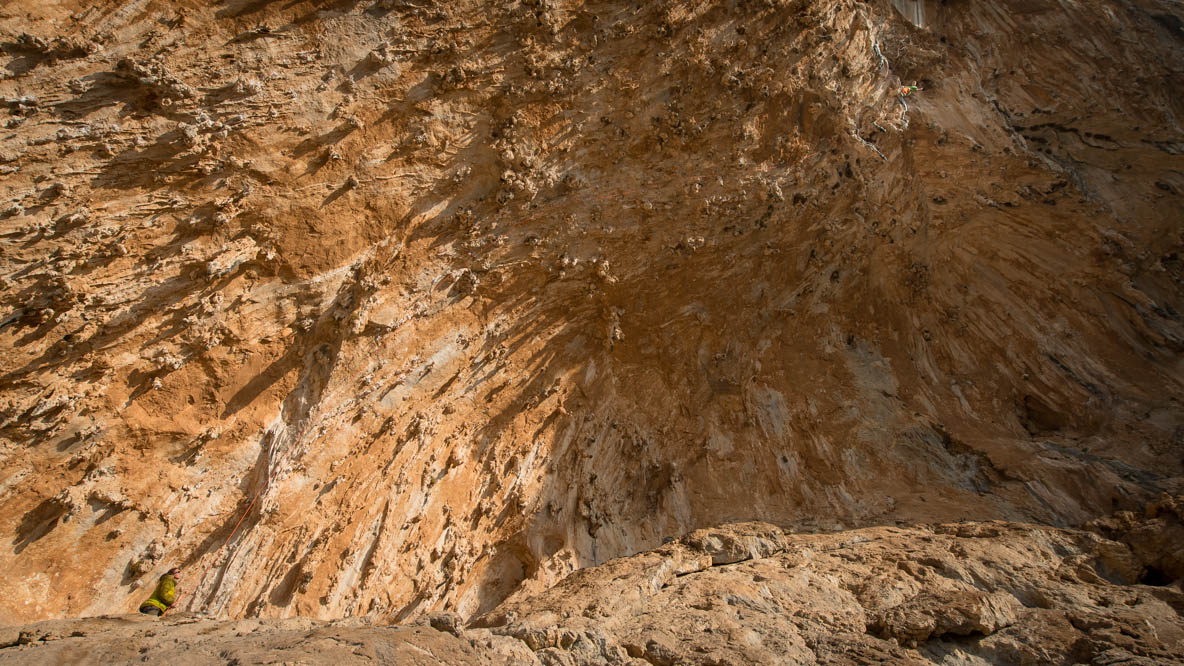 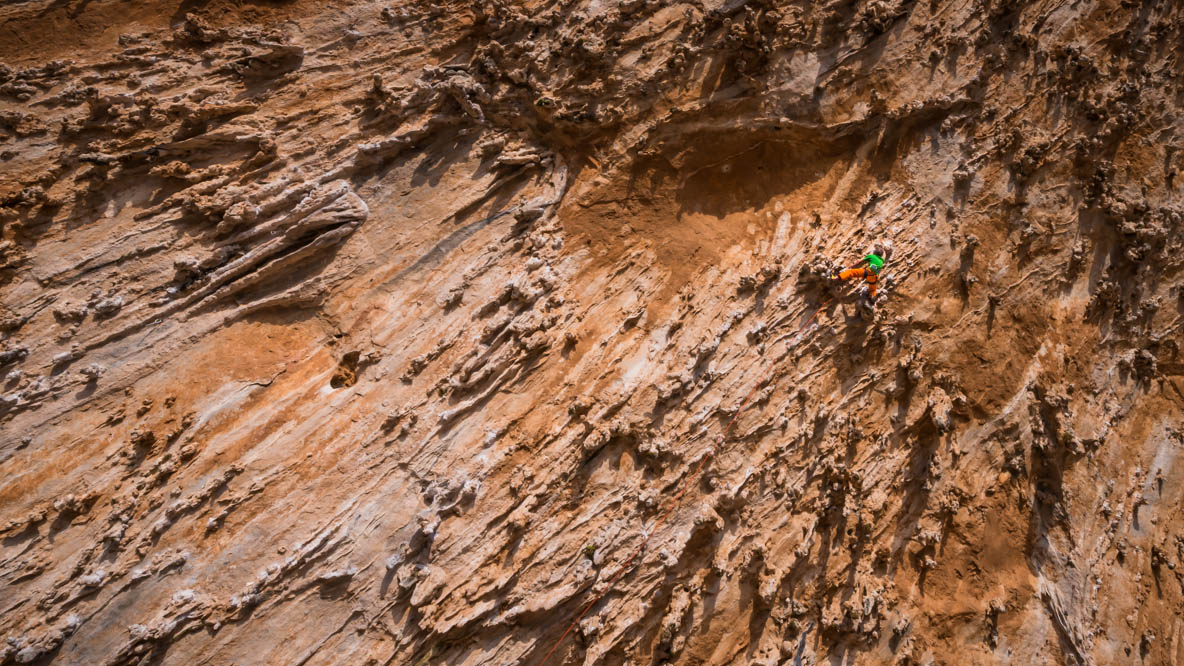 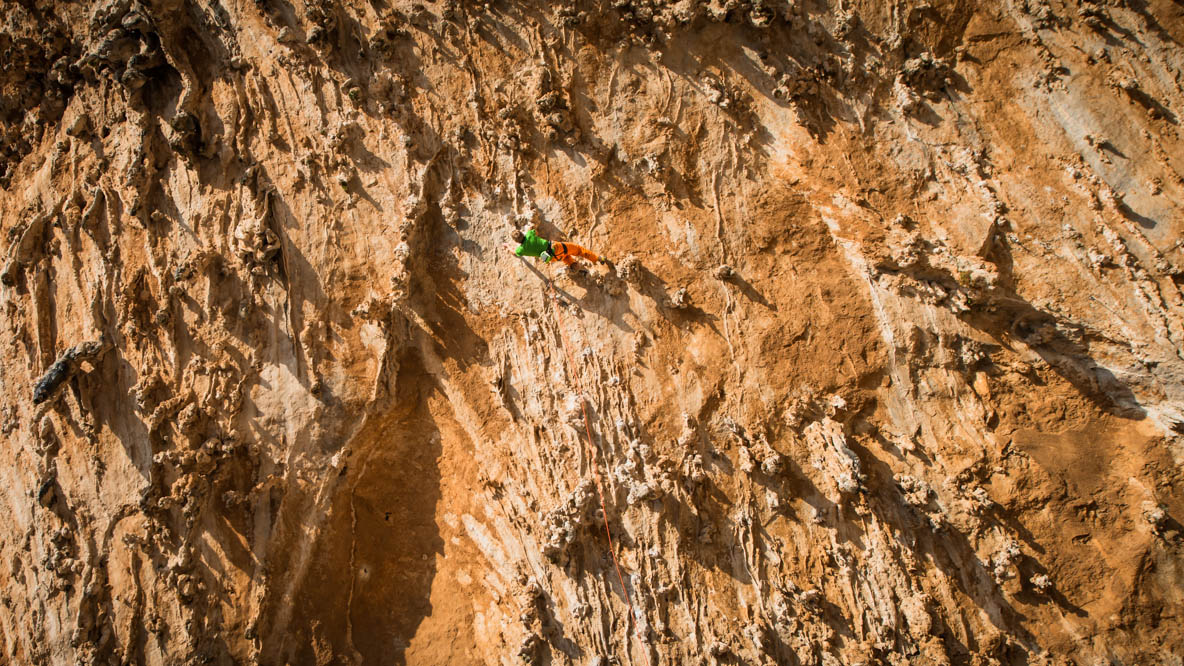 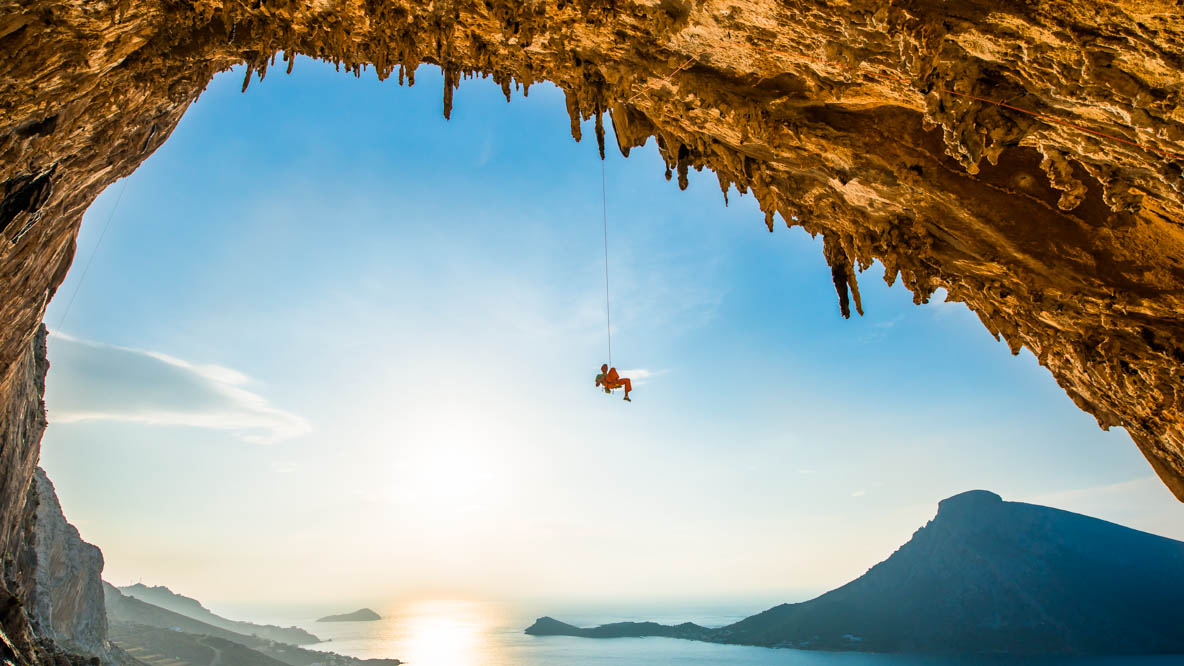 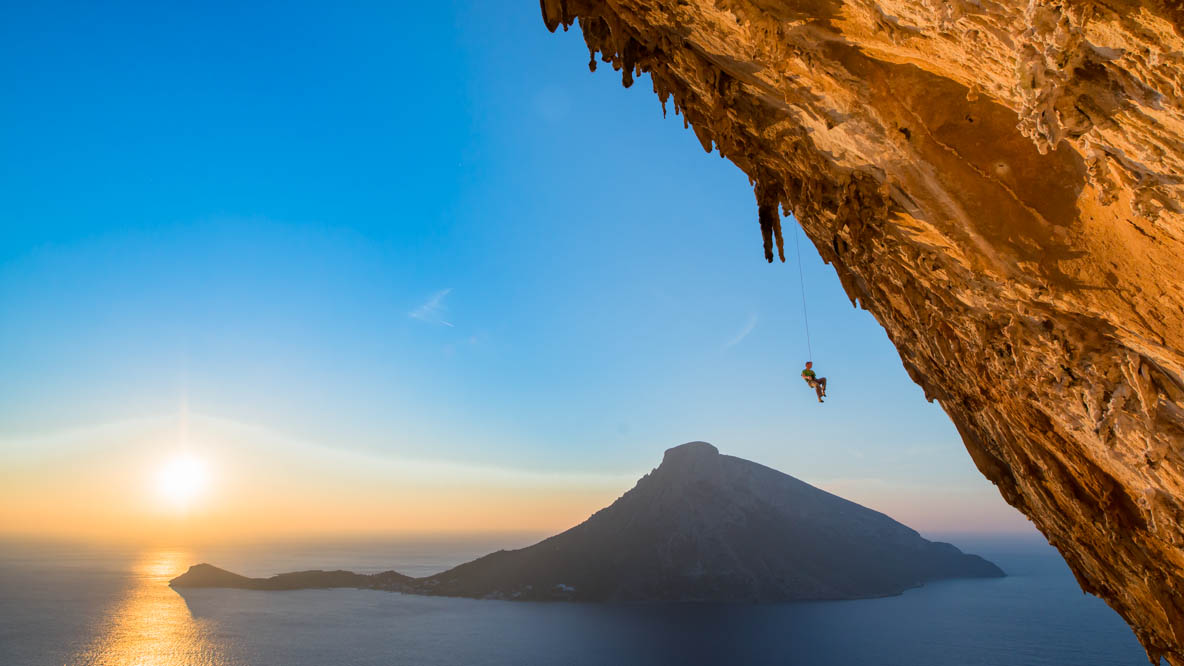 My Dad is pretty good at finding cheap flights. In former years we often did not know a day before we left, where we will spend our holidays. These days it is the other way round. We have to book our trips at least half a year in advance to get reasonable tickets. Because of this we had known for a long time, that we would spend our New Year 2013/14 in Kalymnos.

Actually a super nice idea. You just need some luck with the weather. The temperatures are generally o.k. for Europe that time of the year. If it just rains a little, there are more than enough steep cracks to keep you busy. Only when it rains for a longer period, you get in trouble. After 2 or 3 days the water squeezes from the backside of the rock. Then climbing gets difficult. Everything gets wet. Even the small crimps have water on top and the stalagmites feel like wet moss-covered stairs.

Nevertheless, we had a great time. Specially, because we could find a nice bungalow to rent. A real cosy home for long winter nights. And a misfortune at the beginning turned out really well a little later. The flight from Athens to Kalymnos did not carry our baggage. Because we had the feeling that something like this could happen, we asked at the check-in in Athens. The lady at the counter told us: “Yes your luggage is checked through. Sure. Why do you even ask?“ turned around and got busy with her private smartphone again...

Anyway. We had to get back to the airport and pick up our gear the next day. Greek service. Our house was at the opposite side of the island. This is why we started hitchhiking, early the next morning. We got a lift at the back of a pickup. As we stopped, we had a short chat with the driver. We figured out that he is a very nice guy. This is why we invited him and his family for dinner. At least this was the plan. But, have you ever invited a Greek person? Specially, when he is in his local area? The meal was fantastic, only at the end we almost had a physical conflict, about who is allowed to pay ;)

At the end we found a diplomatic way to clear the situation. We had dinner together quite often the next two weeks and payed alternately. Fantastic compromise. The family of "Themelis" and we are still in contact. Really hope to meet them here in Germany one day. The chance for that is very low. His wife has a couple of bakeshops on the island, but no travel document. “What for? I do not need a passport. The only time I have been away from Kalymnos was a single trip to Athens. It is so nice here. Why should I leave? Why should I ask for a passport?“

While climbing we met Kopa and Alvaro. Kopa is something like the second concierge of the island. If he is not climbing, when possible 12 days in a row, he bolts new routes. Cool lines like “Aegialis“ at Grande Grotta are his work. In the two weeks we have been in Kalymnos, he was joined by Alvaro. Alvaro grew up in Chile. He is a real nice guy. When I met him the first time he was working hard on a 7b. I was really surprised when he told me that he started climbing just 4 months ago. I asked him if he likes it? “Oh, yes. I quit my job in Australia and moved to Kalymnos to learn everything about climbing“. This is what I call – consequent.