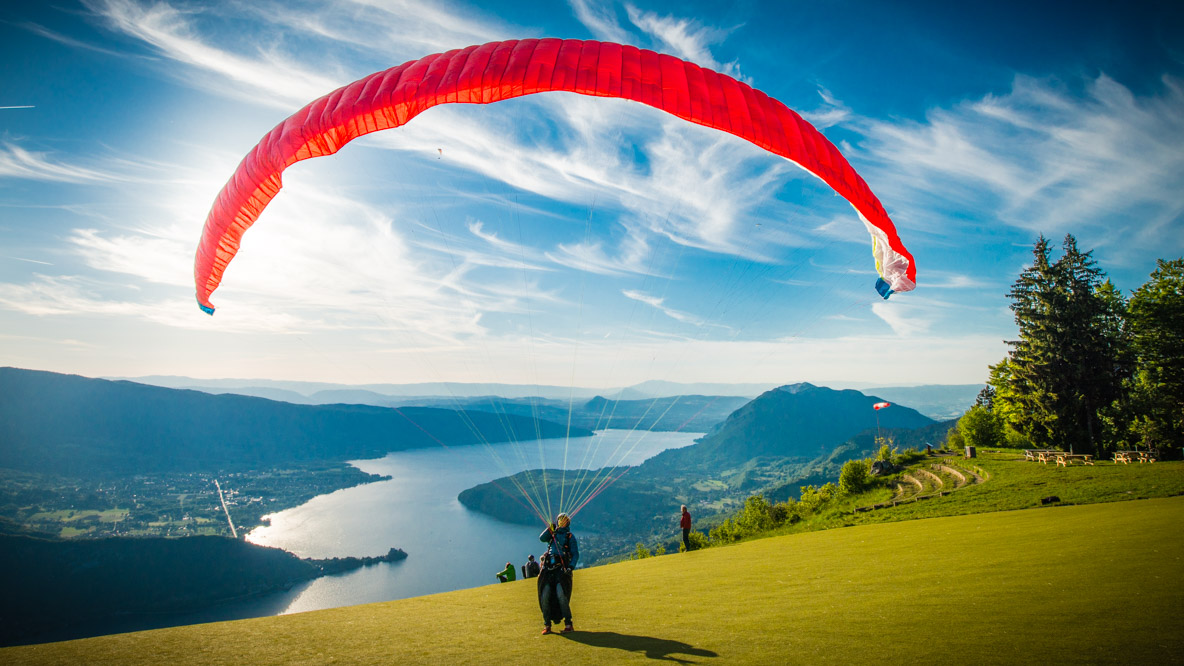 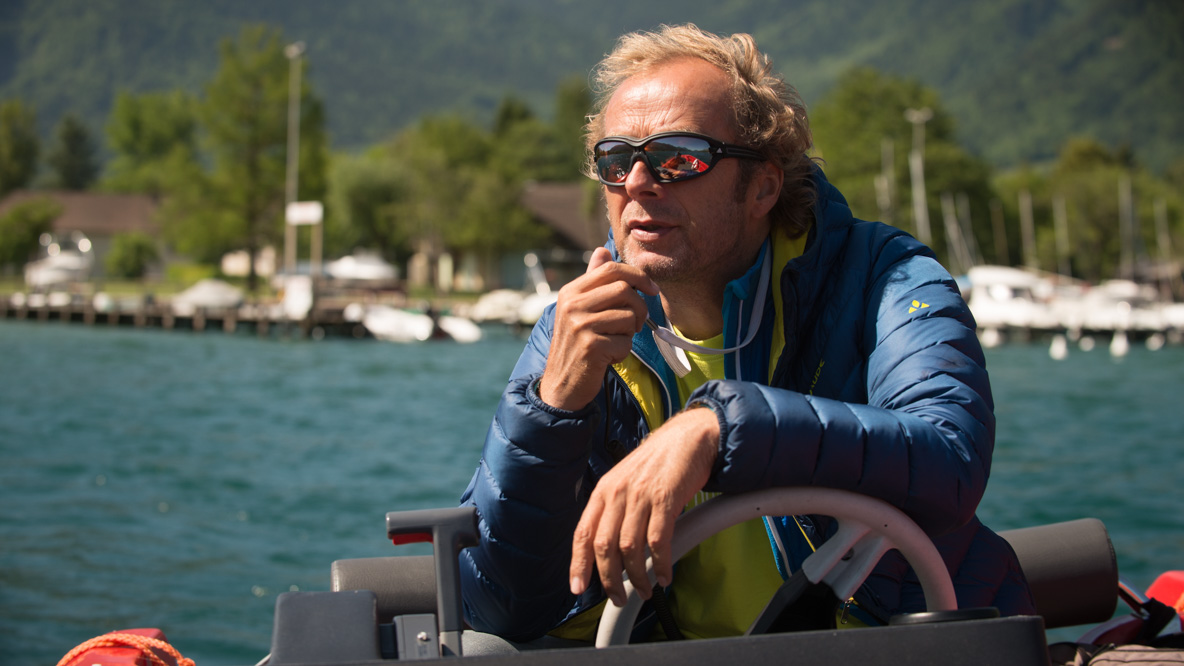 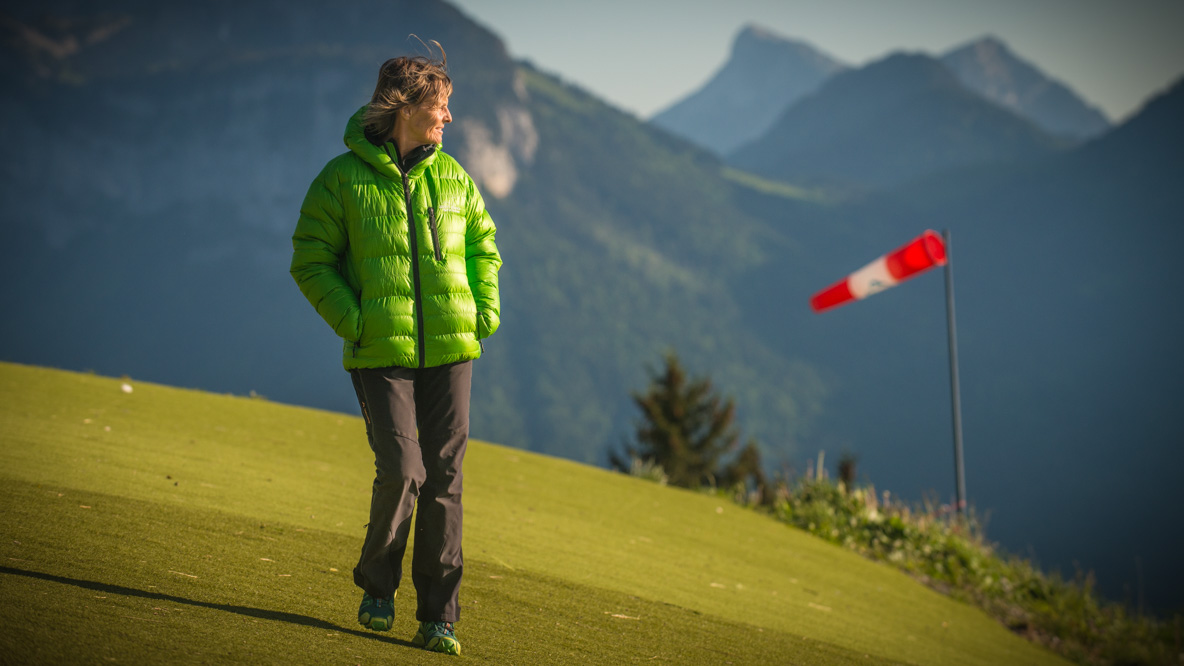 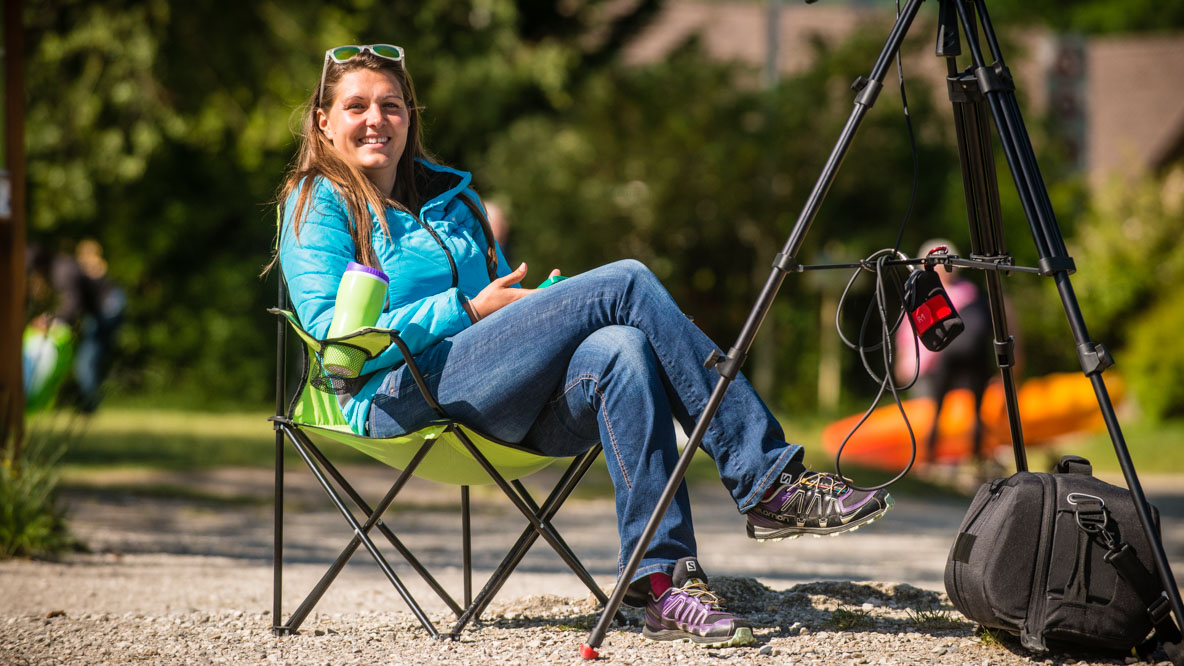 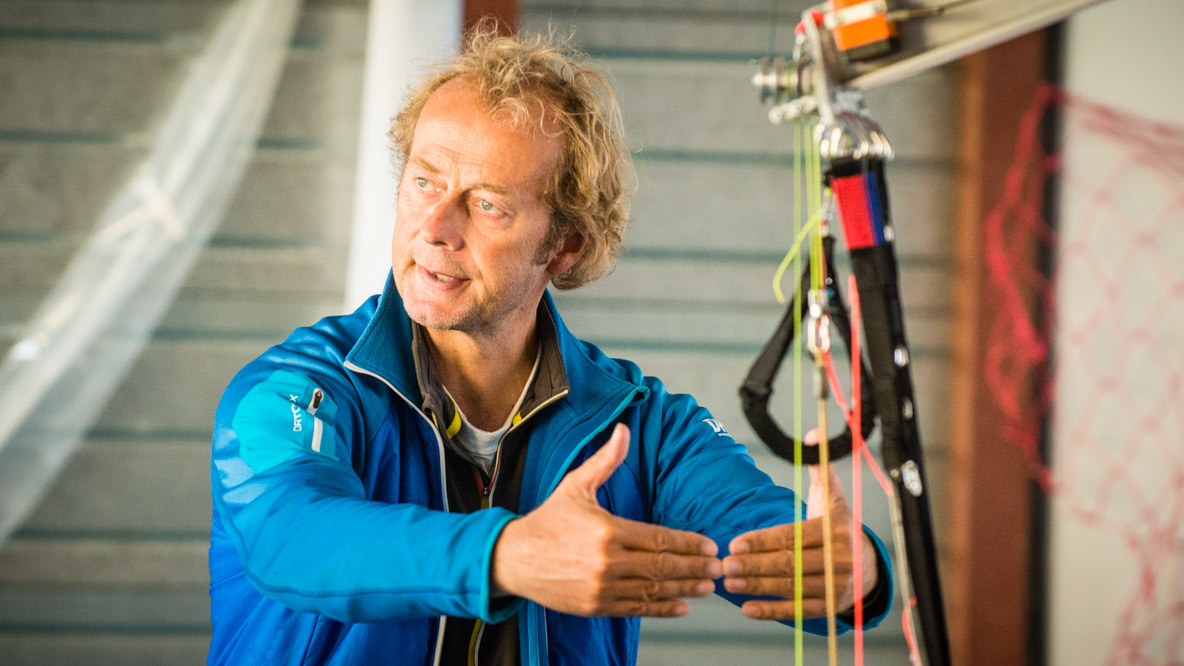 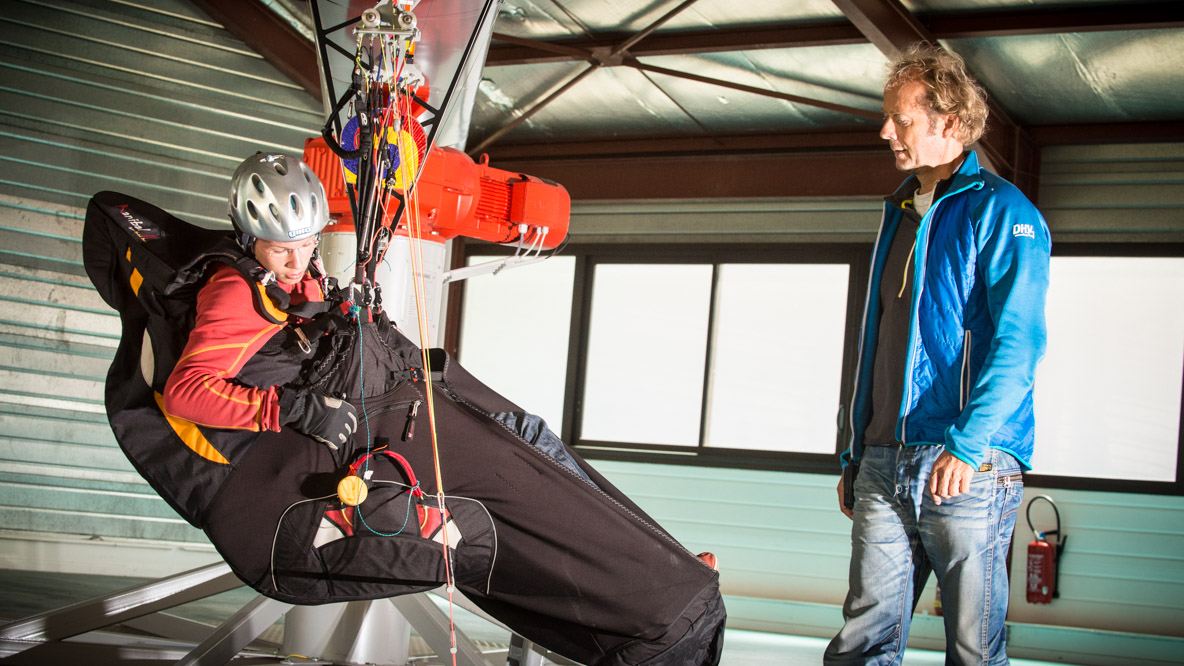 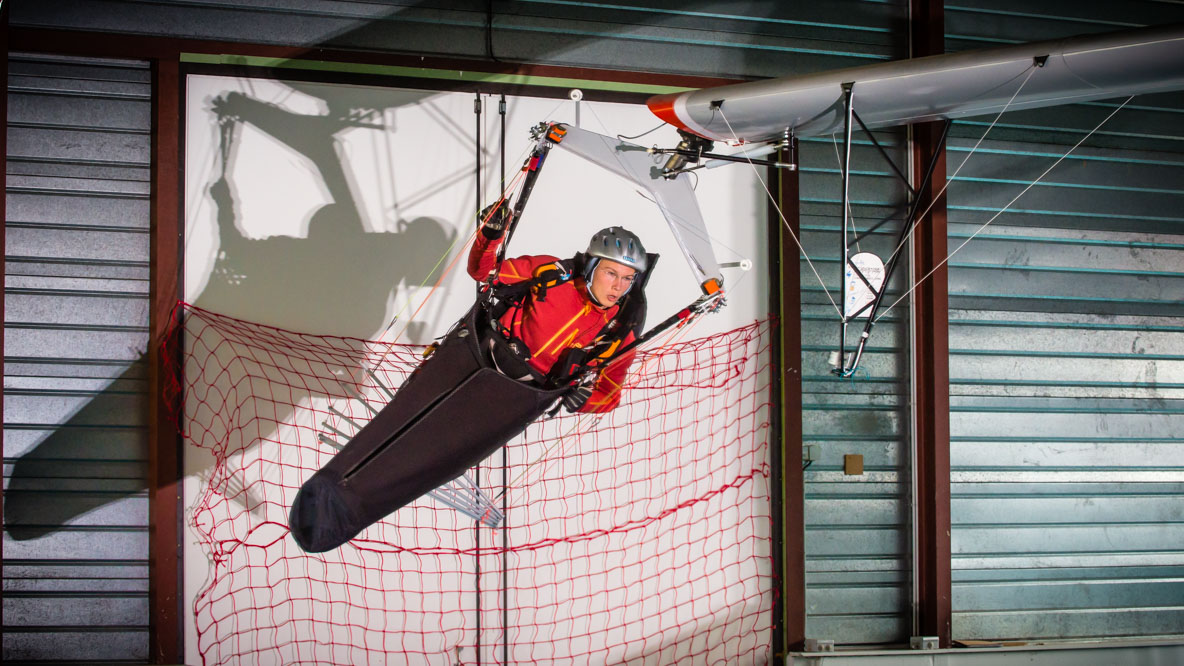 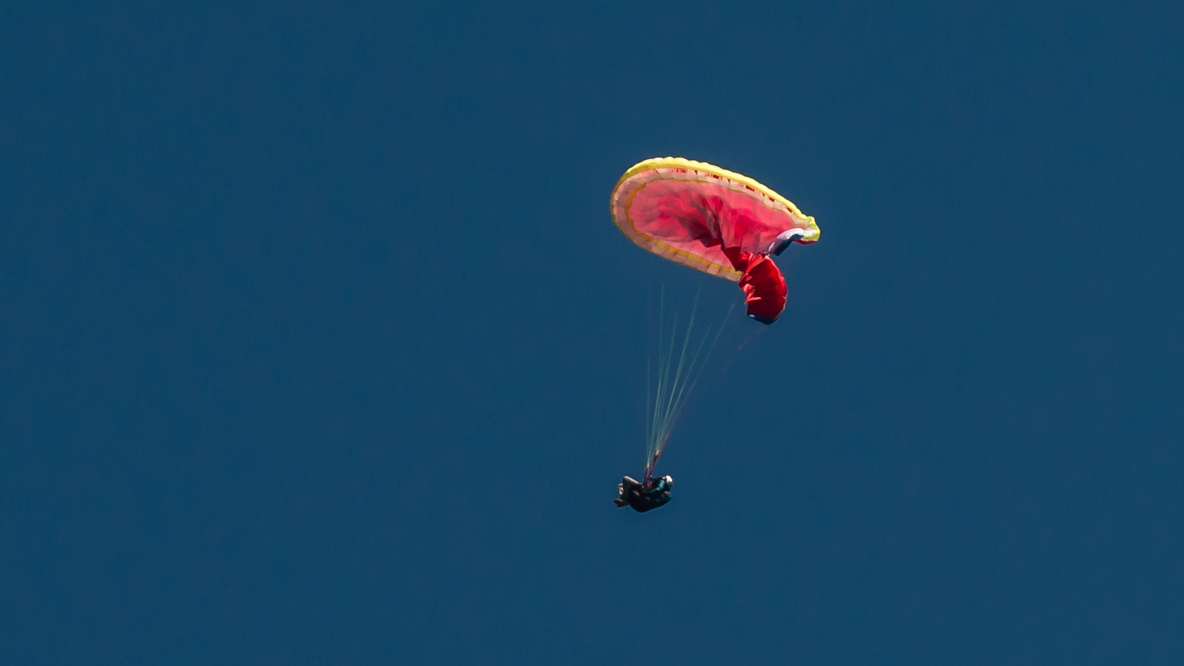 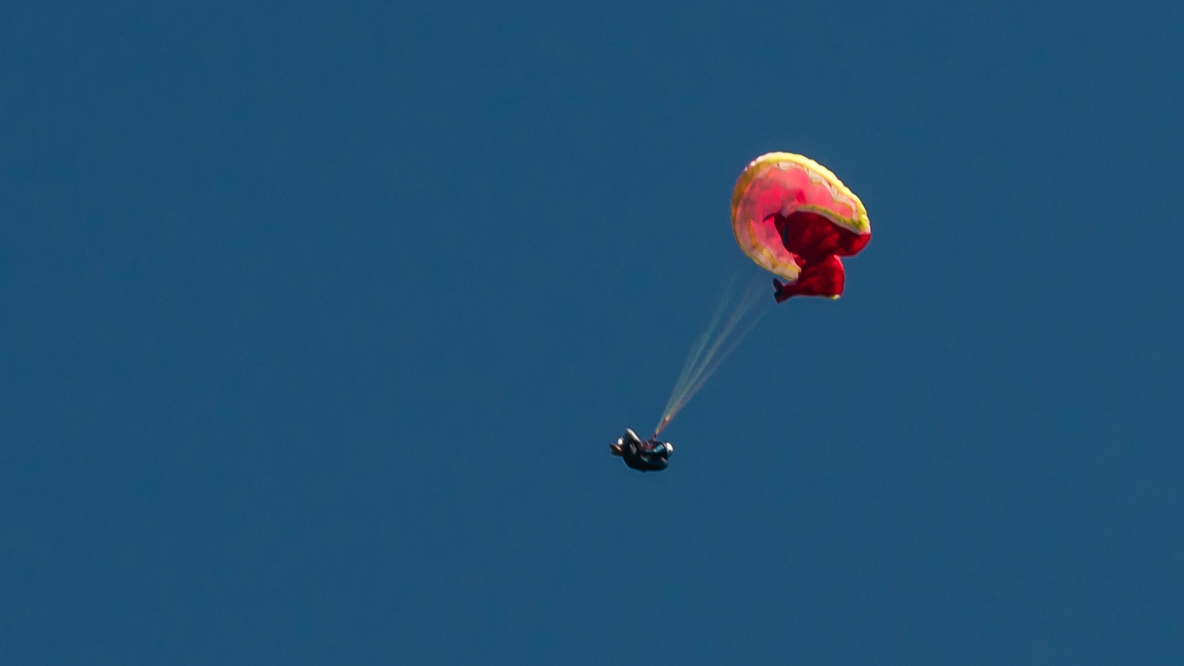 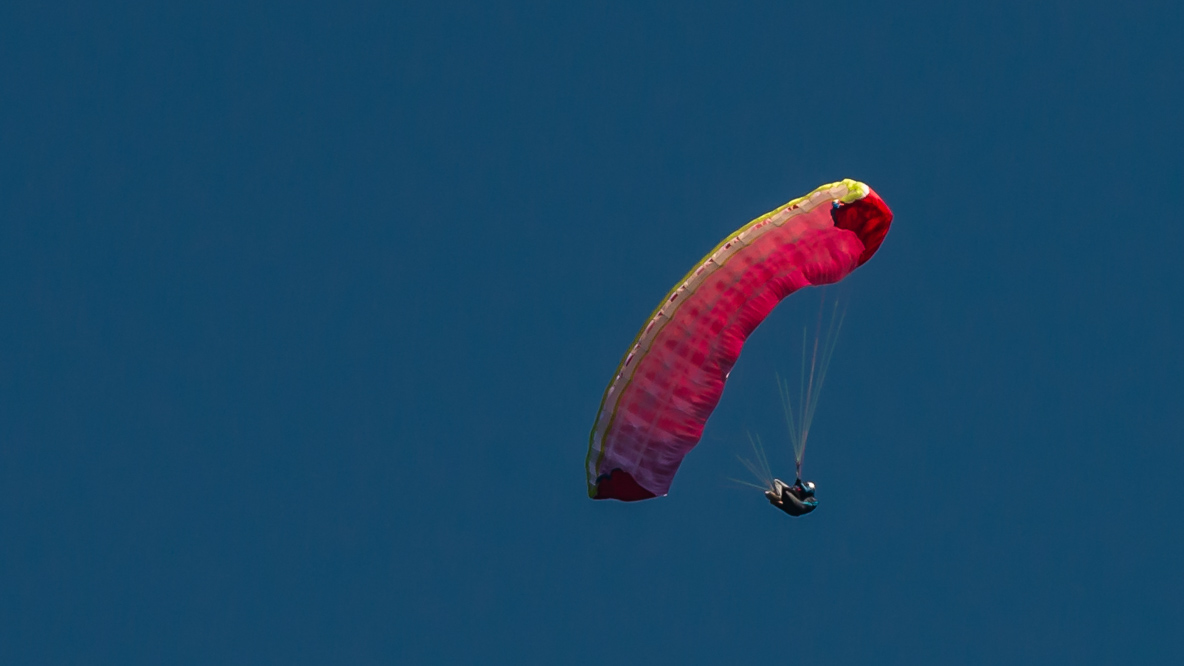 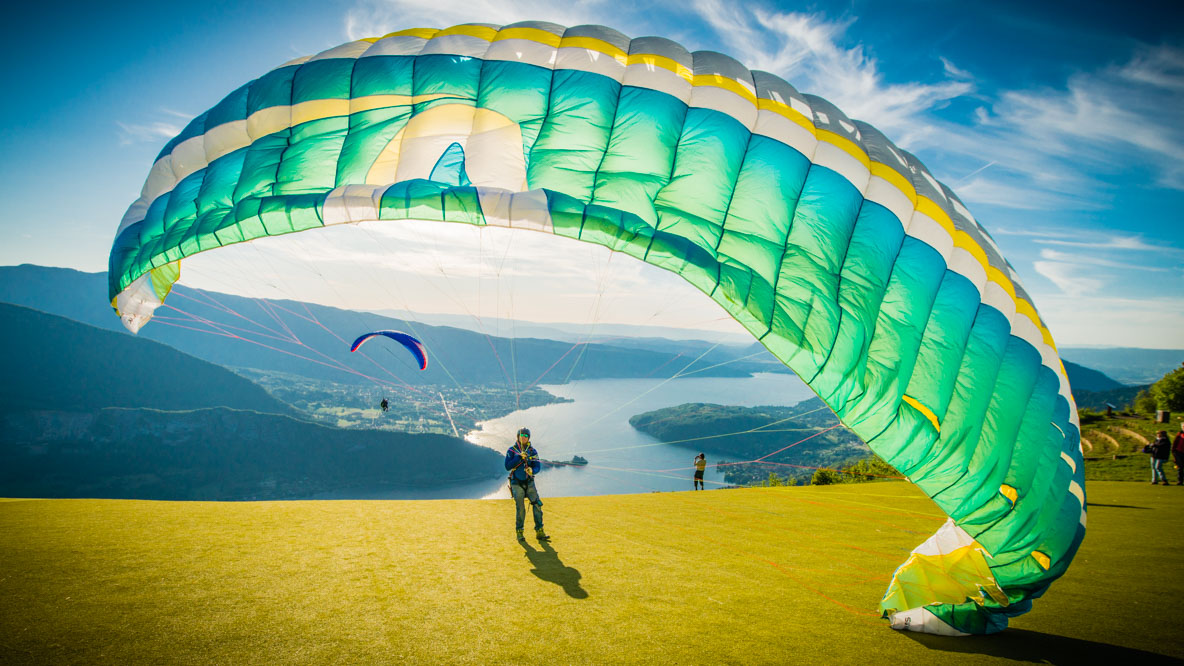 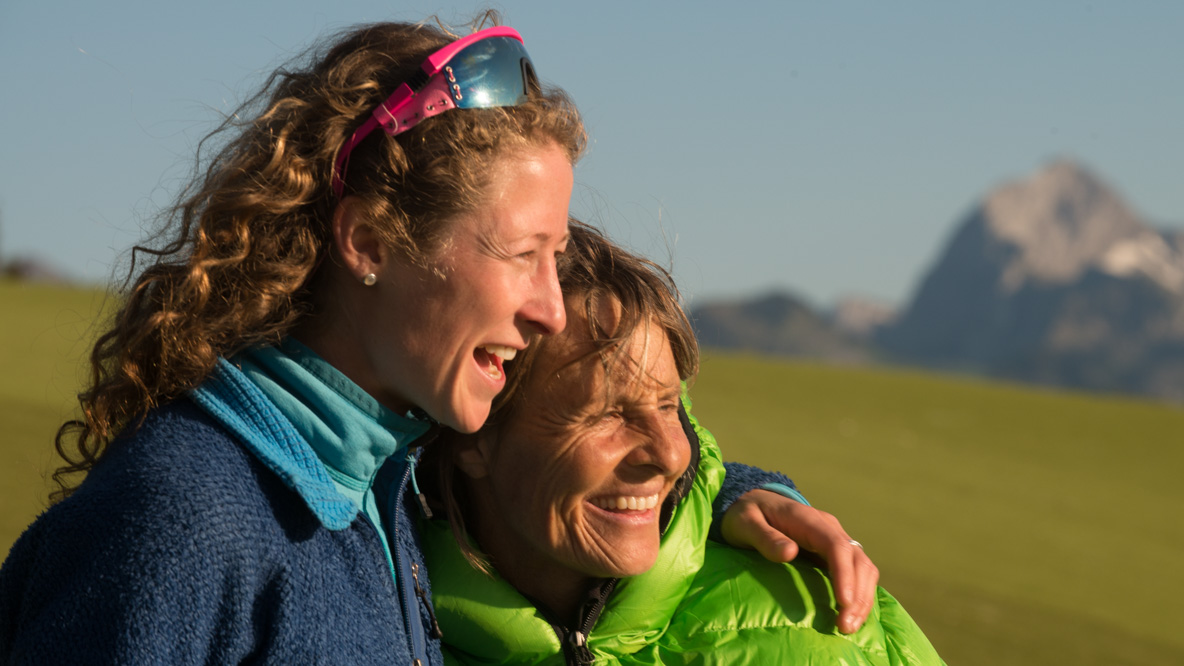 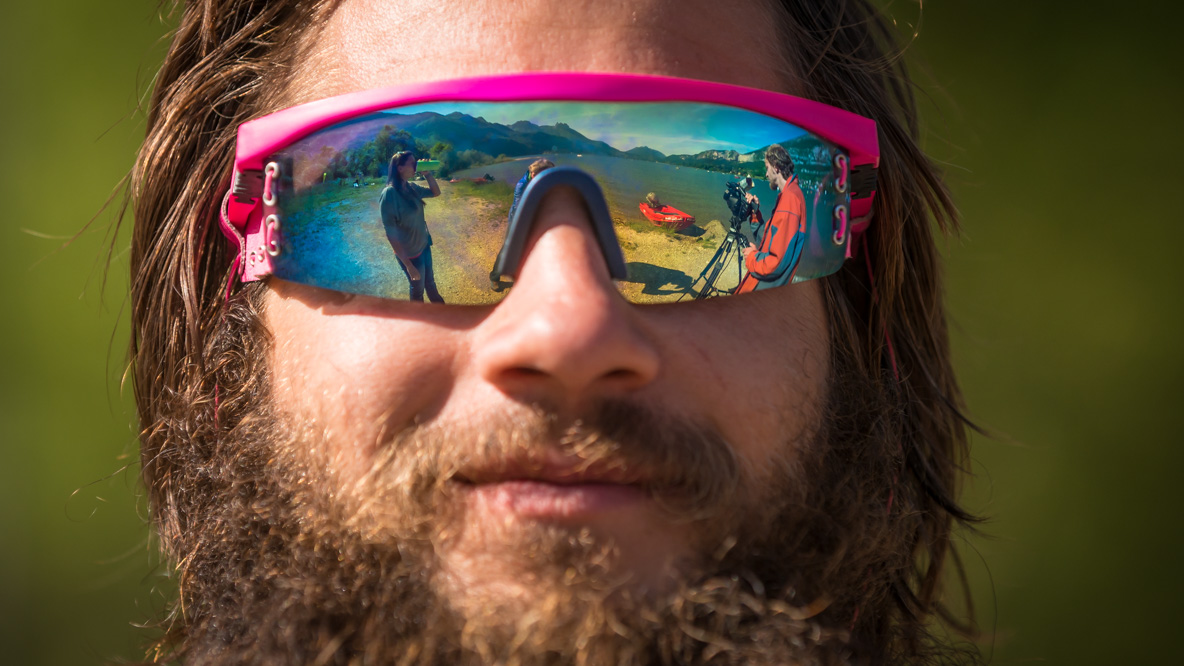 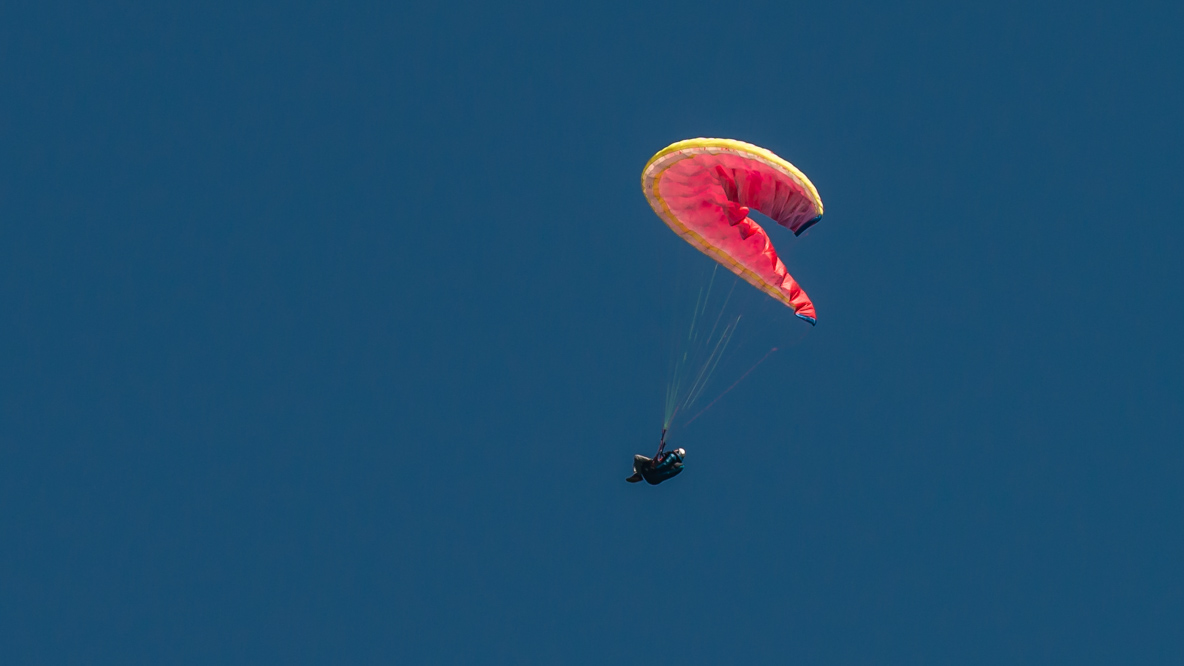 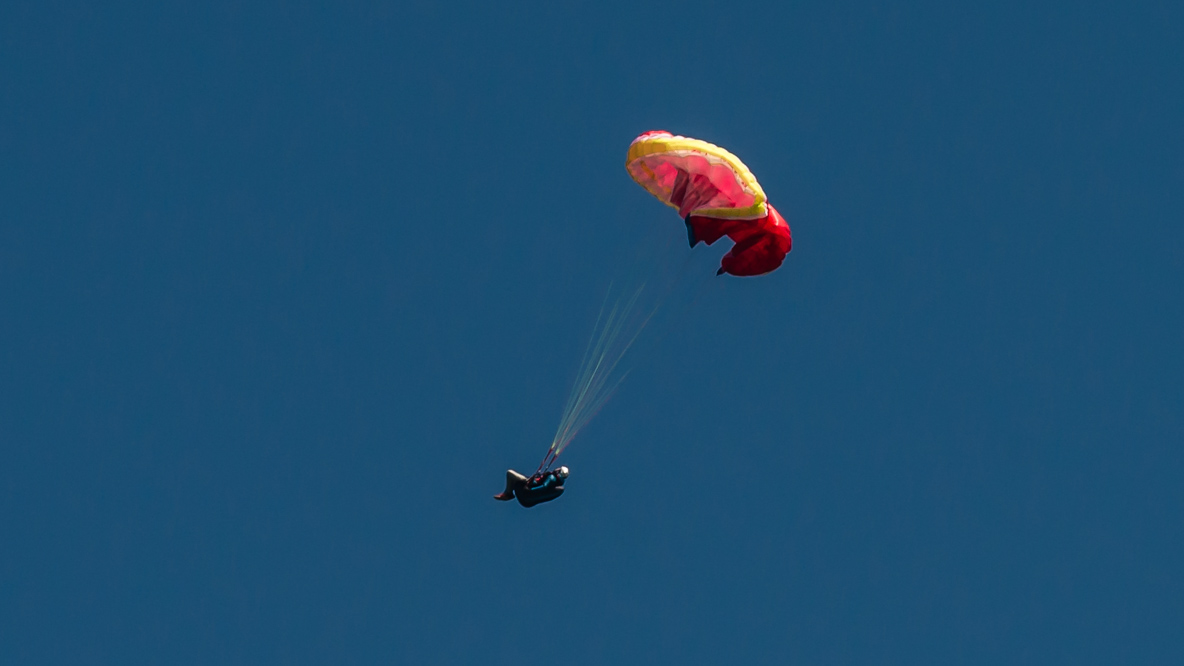 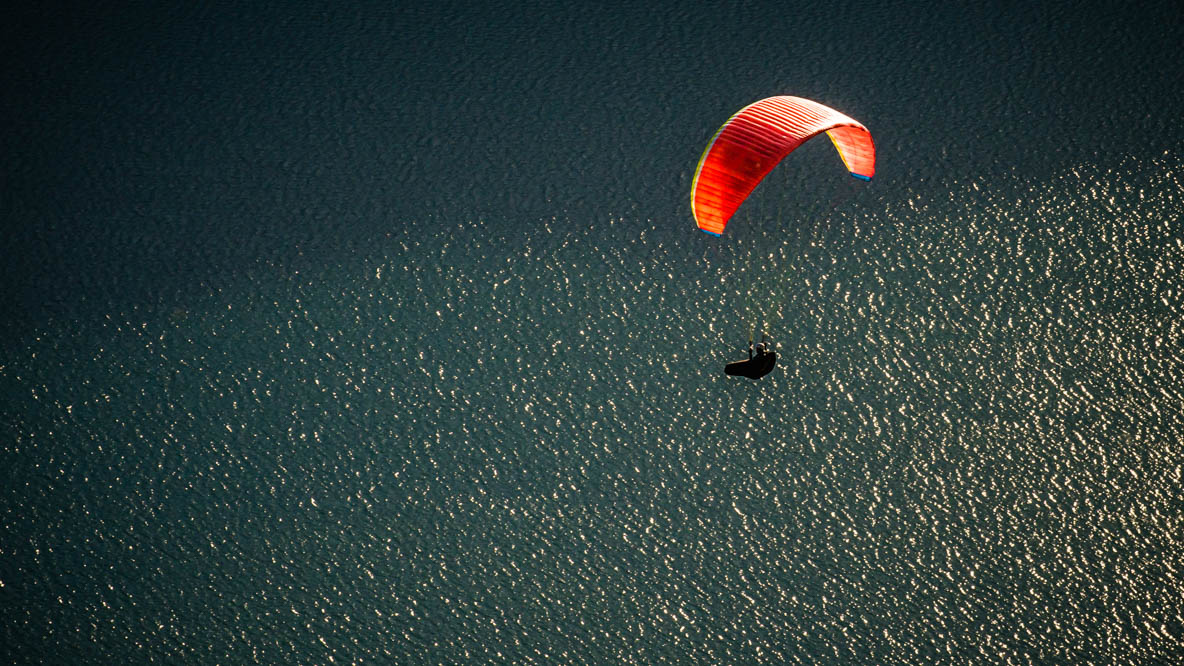 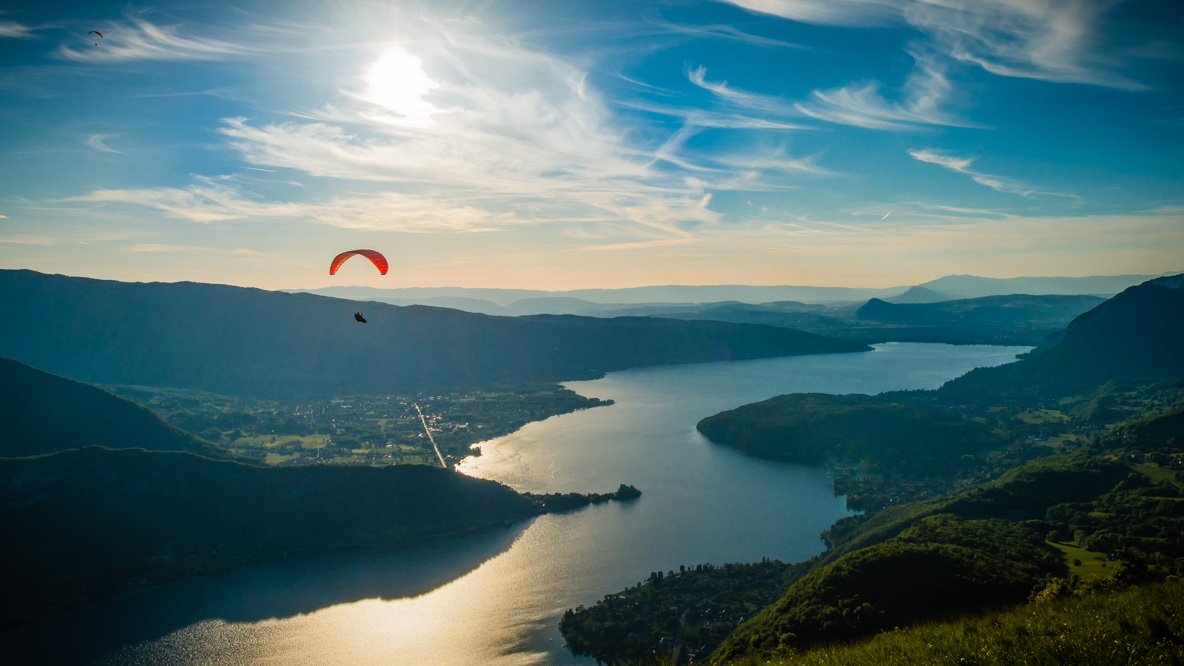 Got a paragliding-safety-trainig as a birthday present. Cool. Planned something like that, for a long time. But never made it. Personally I think, it should be part of any good pilots education.

It suited perfect. My NOVA Mentor.4 is still kind of new to me. It was a huge step up from my previous wing. So this was a good chance to learn more about the wing and it´s behavior. Right at the first day of my school holiday we drove down to Annecy/France. Got a warm welcome from Jürgen (Kraus) and Christa (Vogel) at their Campus Annecy when we arrived. Both are working in the paragliding industries since ages.

The first thing I noticed was the infrastructure they pulled up there. Very impressive. A big new rescue boat with bow door and a strong engine. A huge, cozy, base camp tent. In the tent a separate area, with a big flat screen, you can do the video analyses from their 4K camera. A real professional kitchen at a tent nearby, as well as two shuttle buses are also part of their equipment. It`s a real „full-service-no-stress-arrangement“ they offer. Come by, learn and enjoy.

That I personally got along with Jenny very well, the third team member, flight instructor and daughter of Christa, as with Jonathan the cook and Alex the driver, was a extra plus for myself. In the team, Jürgen is the one who is in charge for all the things connected to flight maneuvers. With his calm appearance and immense knowledge, he gained during all most three decades as a test pilot, he is the one you trust right away. At the beginning he explained our group all the theories behind the maneuvers, as well as the problems we might run into the next days.

Then our misson began. Drive up, get out, fly to the lake and start our personal training program. Again and again. At the end of the day we all ways did a video analyses, to speak about, what happened. What worked well or not so well. Most off the time, we got tips, what we could do better. If nothing really helped, the team of the Campus offered to change wings or harnesses. At this point a big „thankx“ to Jenny for letting me use here private harness. It was very interesting to see, how a different seat change the behavior of my wing. Defnetly worth to think more about this part of my equipment.

As a bonus, we got the chance to visit the French G-Force-Trainer. This big toy is based at Talloires, a small village nearby. Most pilots know G-Forces caused for example by spiral dives. But it is a totally different story, if you want to (or you have to) pull your rescue under such circumstances. Some of our group did not have any problems. Others had a hard time....

After the official part, we got the chance to play a little „G-Shoot-Out“. The idea: Check out how much G-Force you can take, before your sight shifts away into gray or black. A couple of our group could handle even the max. force this machine can produce. Roughly 7,2G. Not bad. But I can tell you, breathing is quite limited during that time ;) . It feels like somebody plugged a swing carousel right into the next power station.

I learned a lot during this week. Feel real familiar with my Mentor.4 now. Also I noticed, that the wing might have a little more dynamic then some of the other wings in the training. Specially the full speed frontals are sometimes good for a little extra excitement.

Good think, I did not had any water contact during the week. Also some people told me, that Jürgen all ready sounded like RRRRRR.... for „Rescue“ on the radio, short before I managed to get rid of a big cravat low over the lake. Cool experience such a safety training.

The only thing I have to add is a big THANKX to all the team members of the Campus. I had LOTS of fun during this week. Will not be my last safety training. For SURE...